The way I organize my prehistoric fiction confuses people. Here’s what you need to know: 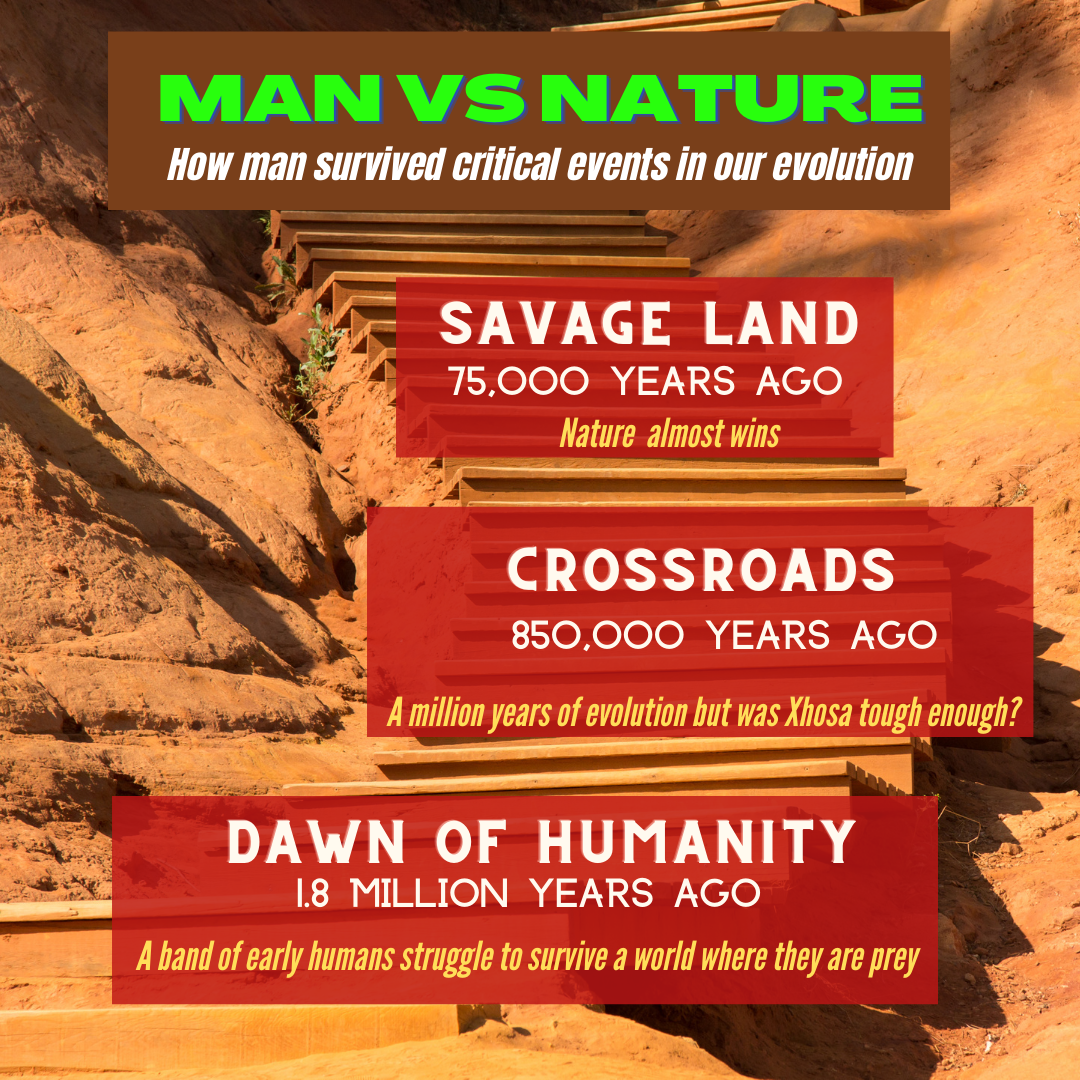 Each book is part of a trilogy which is itself part of a bigger series called Man vs. Nature, a collection of trilogies, each dealing with a seminal point in man’s evolution when we could have–probably should have–become extinct. 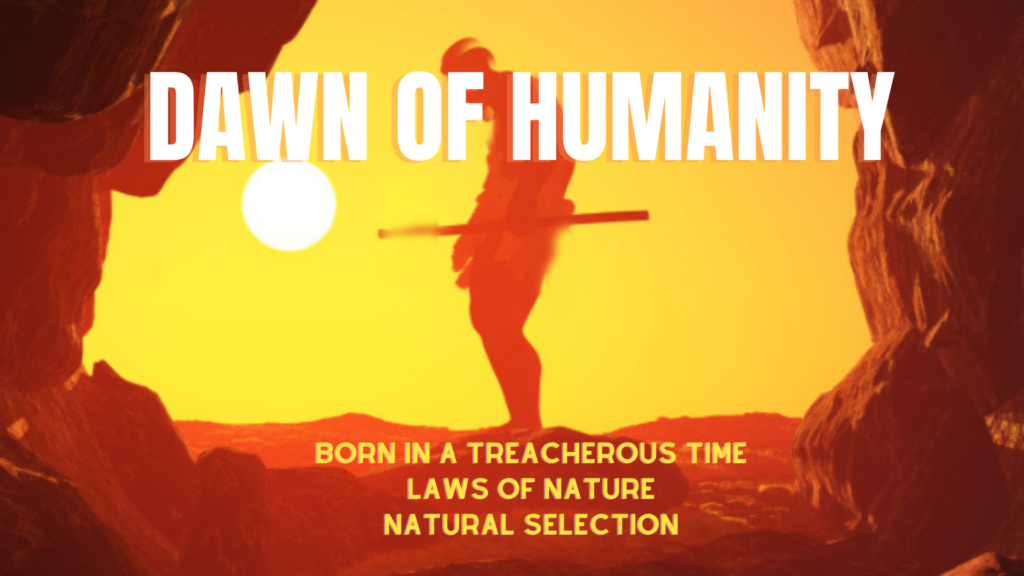 The first trilogy, Dawn of Humanity, is set 1.8 million years ago and features Lucy, a Homo habilis. She and her kind were the start of man’s genus, Homo. They were the first creatures to create tools, routinely walk upright, and solve problems they’d never encountered. But Lucy had thin skin, no claws, and tiny teeth–pretty defenseless in a world of sabertooth cats and thick-hided mammoth. There was no reason to believe she’d survive much less thrive. In Dawn of Humanity, I show you how she took control of her world. Book 1, Born in a Treacherous Time, is published. Book 2, Laws of Nature, will be available July 10th and Book 3, Natural Selection, Winter 2022.

The second trilogy is Crossroads is set 850,000 years ago and features Xhosa, a Homo erectus. She and her kind were tough, resilient, brilliant for their time, and the inventor of many of man’s greatest creations–fire, clothing for warmth, and sophisticated tools. This also was the first of our genus to leave Africa and spread throughout Eurasia. The trilogy title, Crossroads, comes from that concept, following groups of Homo erectus from five different parts of Eurasia (and Africa) who come together in the Levant. All three books are published.

The next trilogy with the working title of Savage Land will be set 75,000 years ago, a time when Nature should have won the battle and man should have become extinct. But we survived. Why–you’ll have to read the trilogy to find out. It features Cro Magnon man. He had a bigger brain than even modern man, sophisticated tools, and advanced weapons. Unlike any before him, he buried his dead, had forms of art, decorated his body, and is considered by some to be a sub-species of modern man. I can’t wait to start this trilogy. This predecessor of us, with his advanced weapons, tools, and brain, promises to be an exciting story!

All of these trilogies together make up the Universe of Man vs. Nature. As a group, they deal with man’s evolving ability to solve problems, think critically, defeat enemies, pursue actions that are apart from instinct, and in general, facilitate our rise to dominance in the animal kingdom.

This entry was posted in WordDreams.